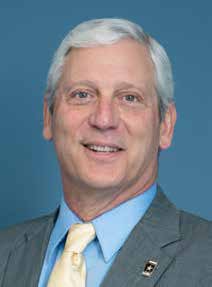 Boozer came to NDIA after a 35-year career in the U.S. Army, from which he retired as a two-star general in October 2015. His last assignment was as Commander, U.S. Army Japan at Camp Zama in Japan.

Prior to serving in Japan, Boozer was the Deputy Commanding General of U.S. Army in Europe, the Army component for U.S. European Command in Weisbaden, Germany. Prior to that assignment, Boozer was the Operations Director for the Assistant Chief of Staff for Army Installations at the Pentagon in Washington, DC.

Boozer has served in various operational and staff assignments throughout the Army and commanded at the Brigade and 2 Star level. He served as chief of plans at U.S. Central Command Forward in Baghdad and Qatar. Boozer has also participated in multiple deployments in support of Operation Iraqi Freedom and Operation Enduring Freedom.

Boozer was a field artilleryman and commanded a brigade in Operation Iraqi Freedom 1 as a part of the Task Force that secured Baghdad.

Boozer graduated from The Citadel in 1980 with a bachelor of arts degree in history. He received a master’s degree in strategic studies in 2001 from the U.S. Army War College.