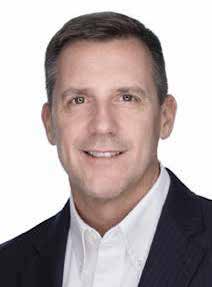 Mr. Bryant is Vice President of the Sea, Space and Air Division at ATI where he oversees the management of three Other Transaction (OT) consortia and a DARPA-funded consortium established for satellite standards development.

In a previous role at ATI, Mr. Bryant served as the Technical Director for the National Shipbuilding Research Program (NSRP), a Navy-sponsored collaboration of leading U.S. shipyards working together to reduce the cost of building, operating, and repairing Navy ships.

Prior to joining ATI, Mr. Bryant served over 23 years as a surface warfare officer in the U.S. Navy in a variety of leadership and management positions both afloat and ashore. His diverse assignments included multiple surface combatant platforms, numerous overseas deployments in support of national objectives, two university faculty assignments, and command of a U.S. Naval Consolidated Brig.

Mr. Bryant was awarded a Bachelor of Science from the University of South Carolina, a Master of Business Administration from Jacksonville University, and Master of Arts in National Policy and Strategic Studies from the U.S. Naval War College.