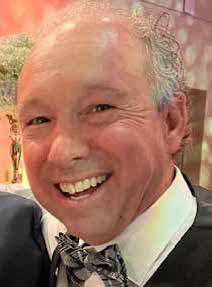 Chris Leto was born and raised in Tampa, FL. He graduated from Jesuit HS and went on to graduate from the University of South Florida in 1985 with a Bachelor’s in Mechanical Engineering.

In 1985 Chris went to work at Tampa Brass & Aluminum Corp, A third generation, family-owned and operated manufacturing business started by his grandfather and father in 1957. In November 2004, Chris was named president of the company. Under his leadership and business development strategy, he took the business from $3M in 2004 to over $30M in 2010. Most recently Chris has been named CEO of Tampa Brass and Aluminum.

Chris has earned and been recognized for numerous awards:

• He is Chapter 15 (Chris Leto: Looking Up All the Way) in “The Zig Ziglar Difference” where he tells his story of how his faith helped save him and his company.

• He served on Raytheon’s inaugural Supplier Advisory Board for four years.

• He was selected by the Tampa Bay Buccaneers to deliver the first- round draft pick jersey on stage to Roger Goodell at the 2015 NFL draft in Chicago.

Chris is the co-founder and co-chair of a local charity golf tournament, the Maluko’s; that has raised over $1,000,000 for Spinal Muscular Atrophy (SMA), Boys and Girls Clubs in Tampa and Brain tumor research at the Children’s Hospital of Philadelphia with Kayla’s Hope for Kids in the last 24 years.