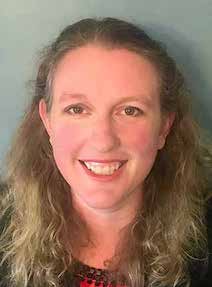 Ms. McQuage has previously served as the SeaPort Multiple Award Contract (MAC) Contracting Officer at Naval Surface Warfare Center (NSWC) Dahlgren and was responsible for overseeing the administration of over 4000 Seaport IDIQ contracts as well as the Rolling Admissions process to refresh the SeaPort vendor base.

Prior to her tenure at NSWC Dahlgren, Ms. McQuage served as a Branch Head and warranted Contracting Officer for NAVSEA Headquarters located at the Washington Navy Yard in Washington, DC. Ms. McQuage has been responsible for the procurement and administration of various ACAT weapons system acquisitions and service contracting in support of the Undersea Warfare Systems Division.

Ms. McQuage began her contracting career over 17 years ago as a Contract Specialist supporting the U.S. Marine Corps in Quantico, VA.

Ms. McQuage is a graduate of Texas Tech University and received her Master’s in Business Administration from the University of Mary Washington.