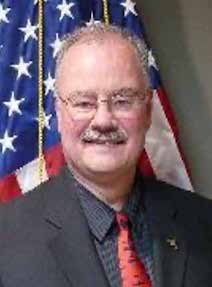 Professor Wilson served his country with the US Air Force from 1973 to 1994. He filled a variety of System Security Engineering (SSE) positions in the USAF working on nuclear and conventional fighter and bomber platforms and ground and air launched missile systems. Mr. Wilson completed his USAF career with a 3-year assignment with the National Security Agency.

After his retirement from the USAF in 1994, Professor Wilson completed a 22-year career in SSE in US Navy program offices including the F/A-18 and Unmanned Carrier Aviation Systems. While at NAVAIR, Mr. Wilson filled roles as Program Office Protection Lead, ISSE, ISSM and ISSO.

In January of 2017, Professor Wilson began his tenure with DAU where he teaches system security engineering and cybersecurity at the Mid-Atlantic Regional Office in California, MD. At DAU, he developed of a state-of-the-art cybersecurity training range that provides hands-on foundational learning in offensive and defensive cybersecurity tactics, techniques and procedures. The DAU Cyber Training Range covers the spectrum of DoD networks, automotive, aviation and maritime systems cybersecurity.

Application of Sun Tzu Art of War Principles to the Cyber Warfare Domain, 2017

CyberFMECA, An Adaptation of the FMECA Process to Cybersecurity, 2017